COVID-19 Update: We've made some changes for the safety of our passengers, staff and communities.

This year marks the 43rd anniversary of Air North, Yukon's Airline and the 100th anniversary of aviation in the Yukon. Those of us who have been with Air North for many—if not all—of our 43 years can look back and take pride in just how far we have come while delivering a local product that makes air travel more affordable.

An upgrade to our jet fleet is on the horizon and we are including environmental considerations in our analysis, alongside capital and operating costs.

Climate change is an increasing topic of discussion. Our industry has been scrutinized for its impact on the environment related to greenhouse gas emissions linked to the consumption of jet fuel. While there is some debate about the scale of the effects, everyone likely agrees burning less jet fuel would be a good thing.

There are only three ways to reduce jet fuel consumption. Two are straightforward: fly less or operate more fuel-efficient aircraft. The third, which is not as apparent, is to make flights more efficient. While direct routings and single engine taxi procedures help towards this goal, the most significant way is to make sure as many seats as possible are filled on each flight.

As northerners, we know safe and economical air travel makes the North a better place to live. Many of the communities Air North serves are connected by a limited highway network with no bus or rail options, making air travel a necessity rather than a luxury. Making flying more efficient is the best strategy to save fuel without impacting quality of life or the economy. The following table illustrates the fuel consumed per passenger travelling between Whitehorse and Vancouver by road and by air. For air travel, the data is based upon aircraft we’ve operated in the past, currently operate, and are considering for fleet renewal (the newest generation which are just coming into the market now). For road vehicles, the data is based upon a generic economy car and a generic SUV. Note that the distance by road is farther than by air. 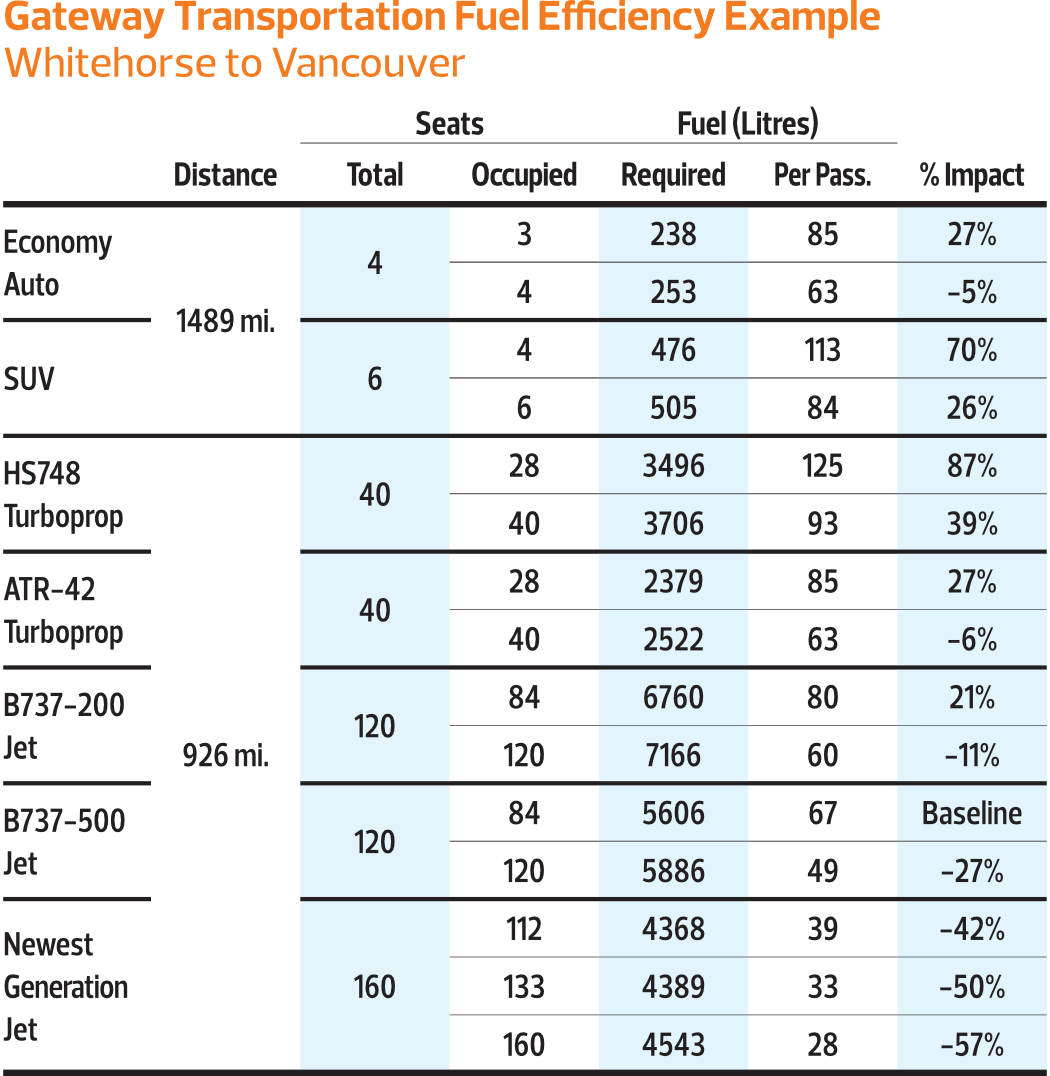 The gains we made when we upgraded to Boeing 737-500s from 737-200s is apparent, with a 21% improvement in efficiency (2% of which is attributable to the addition of winglets). Although we do not use turboprops on our Whitehorse–Vancouver route, our Hawker Siddeley 748 and ATR 42 aircraft are included to show the increased efficiency of the much newer ATRs.

Newest generation aircraft show potential fuel savings of 42% per passenger with a 70% load factor, 50% savings at the industry average load factor of 83%, and 57% savings with a full aircraft. To put that into perspective, we could save 3.7 million litres of fuel per year (24% of our current consumption). This is huge when you consider the annual fuel savings over our entire jet route network.

It’s interesting to look at this relative to all fuel used in the Yukon, which we estimate at 227 million litres annually. This data is based on available market statistics and analysis by our subsidiary, Chieftain Energy. 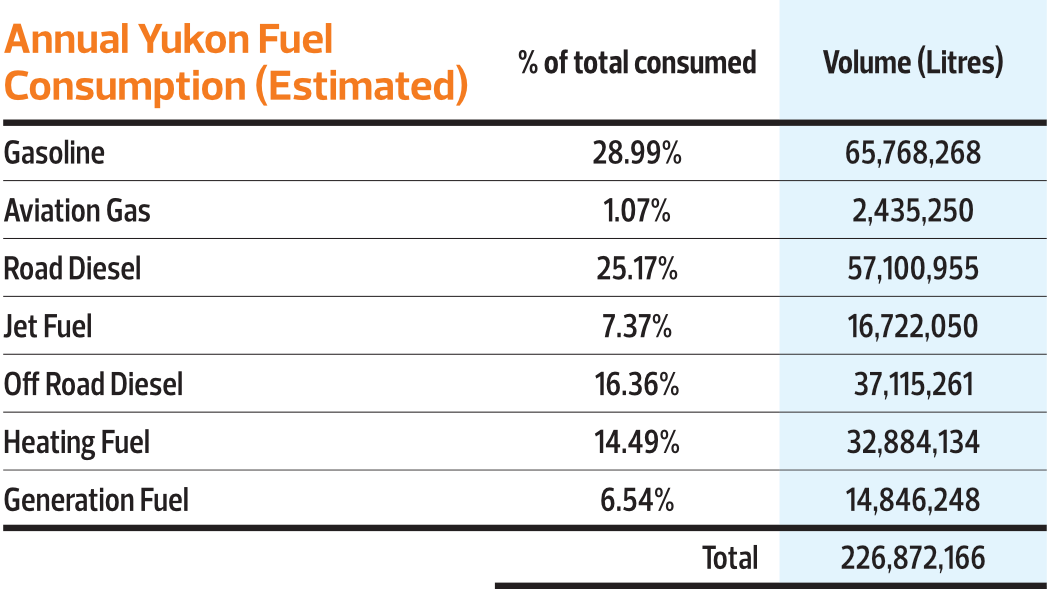 A more detailed look at the benefits of increasing load factors and upgrading our jet fleet is visible here:

While the fuel savings associated with new aircraft represent our largest environmental initiative, we are exploring other ways to reduce our environmental footprint. These include our baggage policy, on-board products, packaging, the heating of our facilities, and our support infrastructure.

Upgrading our scheduled service jet fleet will be a major undertaking, possibly the biggest in our 43-year history. Our goal is to deliver the most modern, fuel-efficient, and environmentally friendly service in the country, offering Yukoners and visitors to the North safe, reliable, and affordable air transportation for years to come. It will also offer a good hedge against future fuel cost increases and continue to benefit northerners through employment, economic growth, and cultural advancement.

Whether you are a longtime Air North, Yukon’s Airline flyer or a new customer, welcome aboard. We value and appreciate your business.